Welcome to
Friends of Bardwell church

The objective of the Friends is to preserve the fabric of Bardwell Church and the churchyard in as good a state of repair as possible.

The Church of St Peter and St Paul, Bardwell is over six hundred years old, having been largely restored in 1421 when the magnificent roof was erected. The original church was much older and was mentioned in the doomsday survey of 1086 and at the time was endowed with eight acres of land. The church was Listed as Grade I in 1955 – the listing is on the English Heritage website at historicengland.org.uk.

We are extremely fortunate to have this building of such historical interest and the members of the church need the assistance of all those who live in the village to help look after it.

The Parochial Church Council has to find a considerable sum of money for the running expenses of the church and it is their intention to continue to do this. However, to find the necessary funds to preserve and make improvements to the fabric is now beyond the resources of church members, so we are asking everyone in the village to consider giving their support to this project.

Members of the church feel that they would like the building to be used not only as a place of Christian worship, but to see it revert to its medieval pattern of use as a meeting place where concerts or other suitable activities can take place. Friends of Bardwell Church is an organisation, which not only holds fund-raising events, but also enables those who are new (and not so new) to the village to get to know each other.

The former Bardwell Environmental Survey Team (BEST - now disbanded), did a lot of useful work in the Churchyard, and the Friends have also taken on this role. It is hoped that apart from raising money for church improvements that some volunteers may wish to join us to do other things, such as being part of the team that cares for the church and its churchyard.

We are always delighted to welcome new "Friends" – see the membership section below. 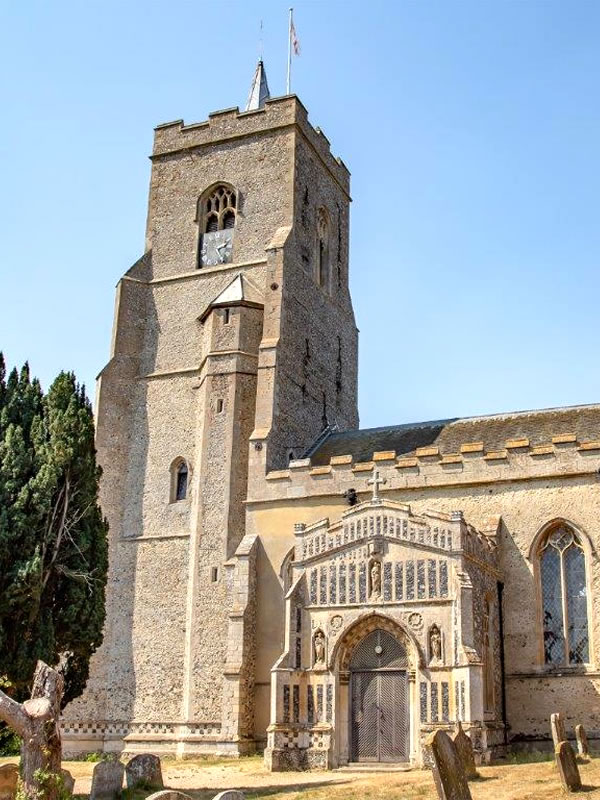 Update from the Chairman

The main focus of the Friends of Bardwell Church activities during 2019 was on continuing to raise money to support the big project of repairs and improvements in the church which started in September 2019.

Three fund-raising events were held during the year, the Safari Supper on 13 April attended by 9 couples which raised £180, our stalls at Cars on the Green on 26 May organised jointly with the school Parents’ & Teachers’ Association which raised £504 (with an equal amount going to the PTA), and Open Gardens on 16 June for which 127 tickets were sold and which raised £848 overall.

The Friends also organised 2 churchyard work parties during the year, on 18 May and 12 October, which helped to keep the churchyard tidy. Furthermore, Friends were heavily involved with the construction, on a self-help basis, of the trench arch sewage disposal system in the churchyard on 21 & 28 October that saved about £2,500 of project money.

The Friends published a Newsletter to members in May and held a ‘Thank You’ event in the church on 1 June at which a presentation on what the Friends had achieved over the years was given, the ‘big’ project explained, and special tours of the church, churchyard, and tower were run. The event seemed to be appreciated by those attending, but rather disappointingly this was only 25 people. Over the year membership increased but sadly we also lost some long-standing members.

Due to the Coronavirus pandemic, 2020 was a quiet year for the Friends – the planned Safari Supper on 28 March was cancelled, as were all the other usual fund-raising events for the year, so our only income was from membership ‘subscriptions’ and from donations. Also our usual AGM in March was cancelled. However, the Friends made a sizeable contribution of £31,000 to the cost of the big project of repairs and improvements in the church which was completed in February 2020.

A ‘virtual’ Open Gardens featured some lovely colour photographs of gardens in the village which were published in the Bardwell Village News, but this did not generate any income! Two ‘socially-distanced’ churchyard work parties were held, on 25 July and 8 August which tidied up one area of the churchyard which had been neglected for many years.

Once again I am grateful to the committee for their support, to our members, and to those who supported our work parties – we hope that circumstances will allow us to achieve more in 2021.

The Friends of Bardwell Church Newsletter is normally published annually, providing a roundup of the previous year's events, AGM reports, what's on the horizon and more.

See links below to previous issues:

Friends come from all walks of life, are of all ages and can be of any religion or none but their common interest is in preserving the fabric of this beautiful old building and also keeping the churchyard, safe and tidy.

There are currently about 60 households who pay a minimum annual membership fee of £5 – many choose to pay more. Not all members live in Bardwell or even the nearby villages but they kindly continue to support the work of the FOBC because of some past connection to Bardwell, the building or graveyard.

As well as paid up members, there are many local volunteers who help with the fund-raising events and practical work involved with the maintenance of the building and the graveyard. It isn't all hard work - the social events are fun and enable everyone to meet and make new friends. We hope you will be able to join us for the events which will be planned when the current pandemic situation permits. If that is not possible please be assured your contribution is helping to keep the fabric of the village church in remarkably good shape.

Whatever your contribution it is very much appreciated and if you have friends or family who you think may be interested In joining FOBC please do encourage them to pick up a membership form in the church or contact the membership secretary: membershipsecretaryfobc@gmail.com 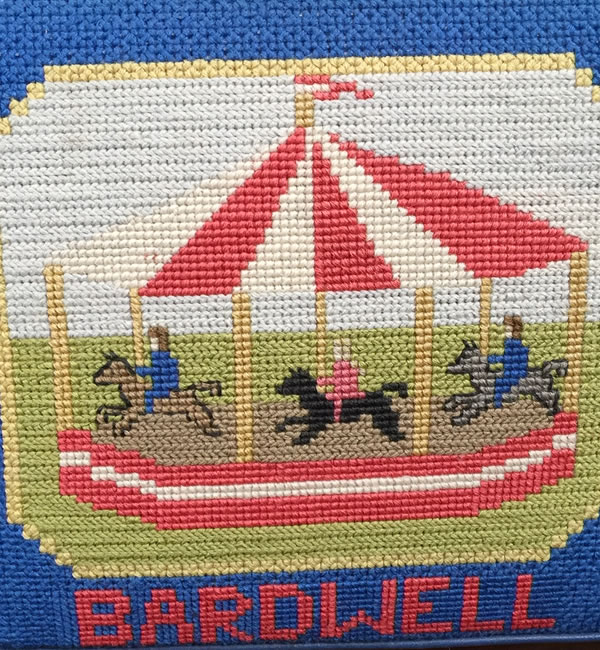 The grass in the churchyard is cut every two weeks, from late March until early October and, with the help of a grant from the Parish Council, we are just about able to finance grass cutting.

To support these activities, we organise at least two work parties a year, one in the Spring and another in the Autumn. These are usually held on a Saturday from 10am -1pm, with refreshments provided. It’s a good way to meet friends, old and new, and catch-up on village news.

If you are interested in joining one of our work parties, they are advertised in the Village News. 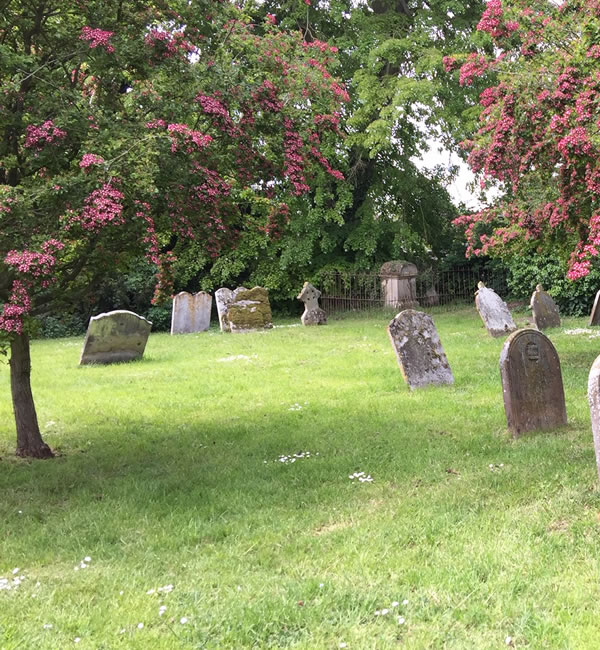 The Friends made a very significant financial contribution (£31,000) to the ‘big’ project at the church to carry out some urgent repairs as well as provide some new facilities.

The main work on this project was carried out by contractors starting in October 2019 and finishing in February 2020. The Friends also assisted with some self-help parts of the project, notably the construction of the trench arch sewage disposal system. Further details are given in the illustrated document attached to this website.

There is still some outstanding work for the project – some that might be undertaken using some funding left over after paying all the project contractors’ bills, and some that can be undertaken by volunteers, such as limewashing the walls of the new accessible toilet.

As always, repair and maintenance work on a large listed historic building such as Bardwell Church is always needed: the ‘big’ project carried out several high priority items, but other glazing, masonry, and monument repairs are also needed, and the Friends aim to rebuild funds to help with this work in due course. 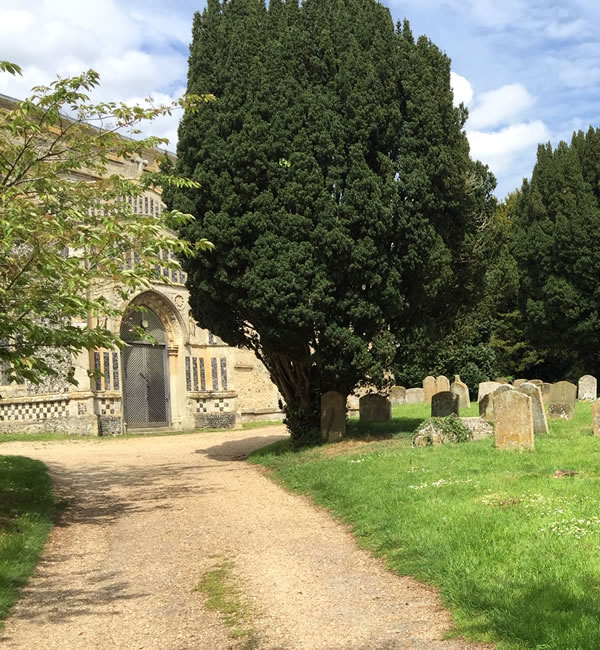 Due to the ongoing pandemic situation, no events are currently planned – all events planned for 2020 were cancelled. During a ‘normal’ year the Friends usually plan to hold:

A ‘Safari Supper’ – groups of 2 people enjoy a three-course meal, taking it in turns to cook a single course with the added mystery of not knowing who their dinner guests would be, finishing at the end of the evening in The Dun Cow for a night cap.

An ‘Open Gardens’ event, with typically about 15 gardens in the village open.

In addition to these regular events, a further event is often held, usually either a concert or a race night. 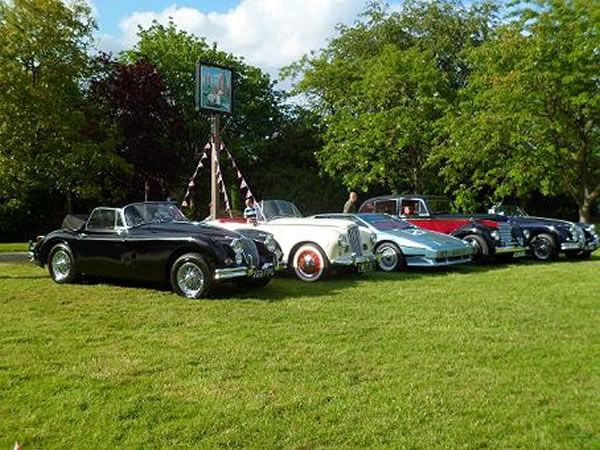 Get in touch with Friends of Bardwell Church

Messages sent via this generic email address will be forwarded to the appropriate FOBC committee member.